The Track-way works were developed as part of the Continuum project.

As noted elsewhere, Continuum involved repeatedly visiting and photographing scenes in an investigation of place-learning. Of all the scenes I encountered it was this track-way that was the most frequent. Over 18 months I visited approximately once a month and made 16 images of the same scene. Since then I have revisited less frequently, roughly once a year. My aim was to intensify the process of compositing used in this project in the hope that new work and ideas would come to light. With each visit I became more familiar, in the end to the point of banality; I no longer felt that I was learning about the place, but working in an external studio space.

My decision to concentrate on this element in the environment was partly due to the fact that the track-way fulfilled all my requirements for a site, it had both human and non-human elements; and it was likely to change over time. It also resonated intuitively because it reminded me of the prehistoric track-ways I had encountered and excavated as an archaeologist. These wooden structures were laid across bogs and wetlands to make pathways.

This track-way was very recent in comparison with the above, but used for much the same purpose, to get across wet and boggy ground. I initially made works in the same way as other pieces in the Continuum series, by standing in one position and capturing multiple images of the scene for later digital compositing. 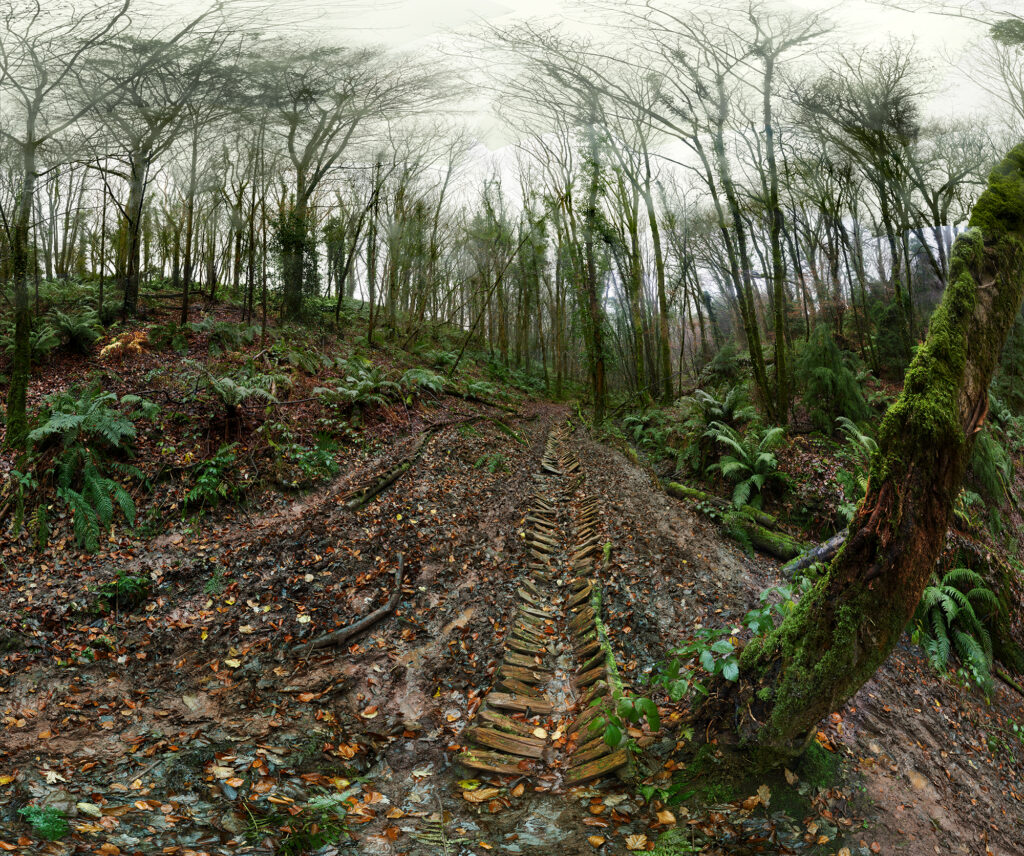 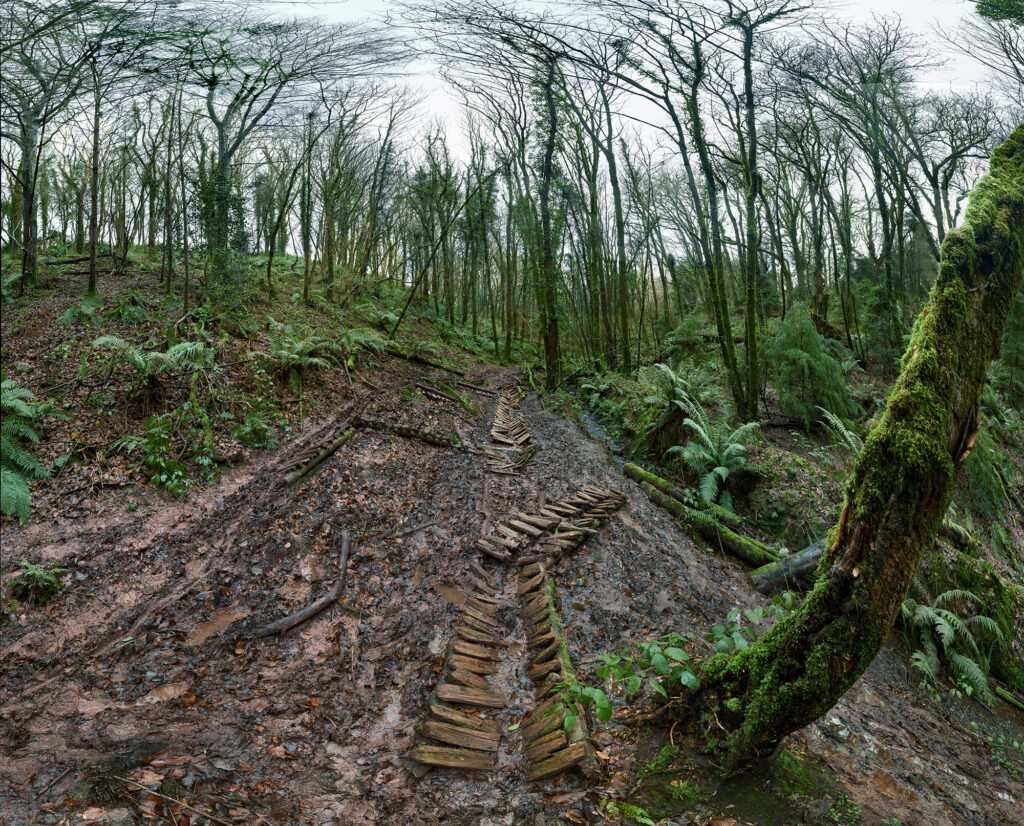 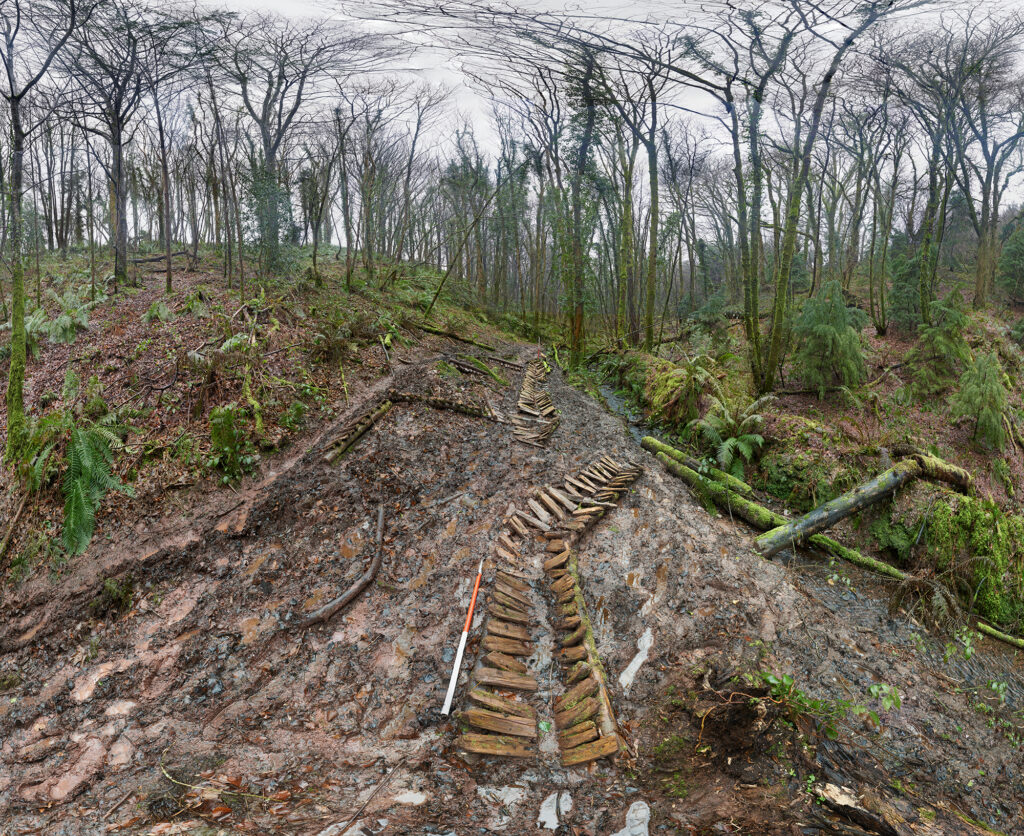 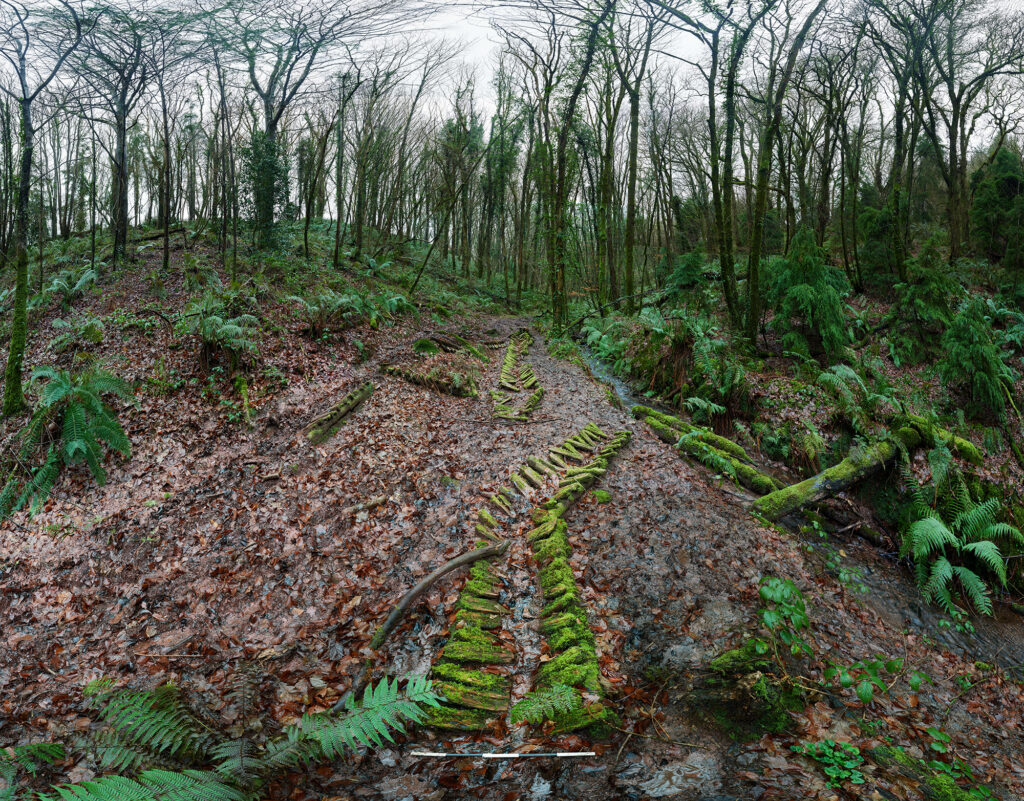 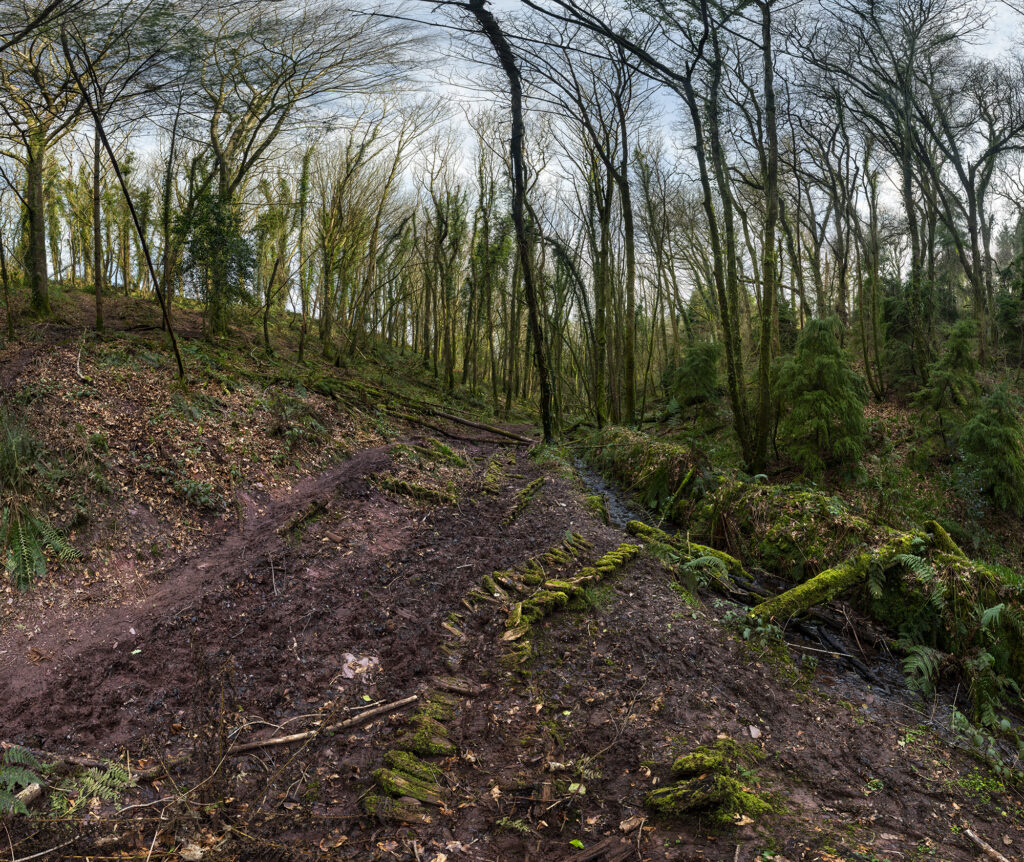 I immediately began to record this mark-making on the ground and also recognised the performative nature of this approach, akin to land art projects, the importance of my embodied presence in the environment was coming to the fore. Although I had included my body before in artworks, including track-way pieces, this changed the emphasis of the work away from a landscape view, with a horizon, a foreground and background, to something altogether different. After some consideration, gestation and further experimentation I decided to use a human-scaled aerial view, drawing on photo-grammetry techniques as used in archaeology;

This method added a further element to the works, one of movement. Not only was I recording the traces of my own movement in terms of its impact on the ground, but I was also tracking my movements in the process of making the work, adding a temporal element to the resulting pieces that reflected on the importance of movement in environmental perception.