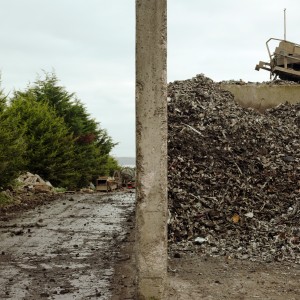 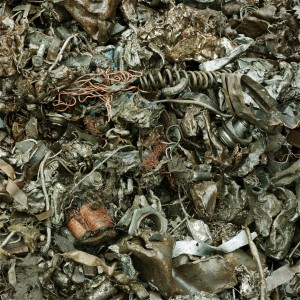 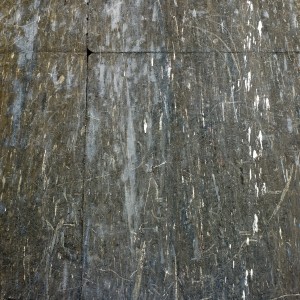 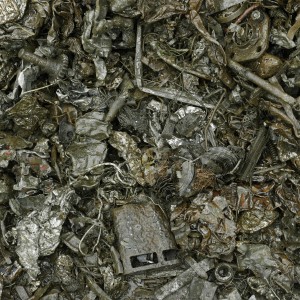 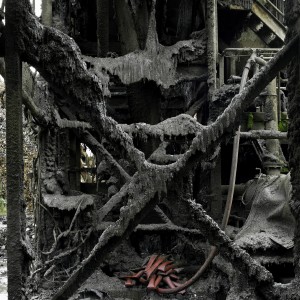 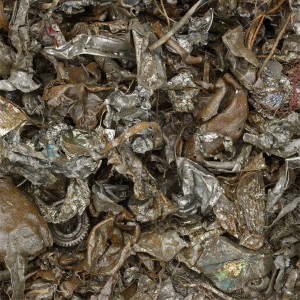 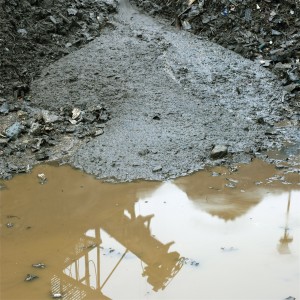 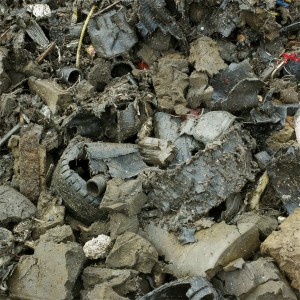 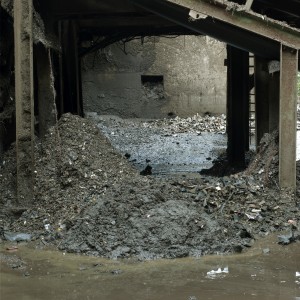 Dark Materials is an examination of the material processes and architectural spaces of metal recycling and a meditation on the capacity of photography to convey information. In recycling centres across the world mundane and cast away metal objects such as cars and white goods are transformed violently back into raw materials for further manufacture. Rendered apart, crushed and separated into categories depending on their material constituents and usefulness, these objects become variably recognisable, particularly when they are presented in the photographic form.

Photography distillates this process further by a reduction of available information (in comparison with being present at the site) and a transformation to a near two dimensional surface of colour and texture. Elements in each image are to varying degrees recognisable to those beholding the images. This identification is not universal but dependent on the knowledge and experience that each viewer brings to their participatory viewing. This absence of recognition acts as a stimulus to the imagination, as those looking try to figure out what they are looking at.

The act of distillation through fragmentation that is enhanced by photography was also applied to the architectural space of the recycling plant. The function of the structures, their geographic positions and the effects of the process on them also become, by degree, partially obscured and amalgamated.